Can too much exercise really kill you and your thyroid?

The short answer is, YES

I think Bob Harper is a perfect example, and I’m going to show you how it all happened in just a minute.

If you’re not familiar with Bob Harper, he’s a celebrity personal trainer who is featured on the popular reality TV weight-loss series “The Biggest Loser”. Unfortunately, most who lose weight on the show end up gaining it back. 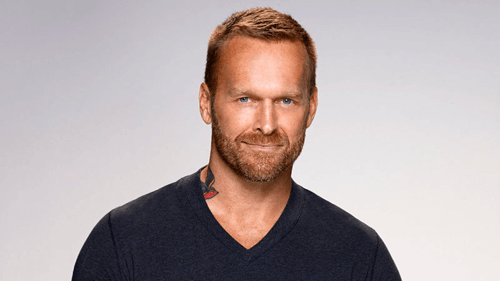 On the outside, he appeared to be the epitome of health.

Yet, on the inside his health was deteriorating.

In February 2017, he was working out at a New York City gym where he suffered a major heart attack and died before being revived and kept alive.

At the age of 51, he was not even in the highest risk category for heart disease.

So, how can someone who’s not high risk and appears to be in pristine health suddenly drop dead from a heart attack?

The answer has everything to do with exercise and your thyroid.

Yet, that’s not what Bob Harper would have you believe.

Now that Bob Harper is on the road to recovery, everyone wants to know how such a horrific thing could happen to someone who is supposed to be so healthy.

Specifically, everyone wants to know if exercise is what almost killed him.

His initial answer created a public relation nightmare and a Catch-22 (no win situation).

You see, Bob Harper has a history of high cholesterol.

High cholesterol is a well researched and proven symptom of hypothyroidism.

Without adequate thyroid hormone (T3), you can’t convert cholesterol into pregnenolone and all of your heart-protective hormones.

(NOTE: Want to learn why everything you think you know about cholesterol is dead wrong? Take a look at this post on “Why “Bad Cholesterol” Is Essential to Your Thyroid”.)

He has a family history of heart disease, so it was eventually going to get him too, right?

Unknowingly, he forced himself into a no-win situation.

On one hand, if you admit that exercise is a stress that can inhibit your thyroid and cause a heart attack, you’re telling millions of people that… exercise can kill you.

On the other hand, if you use the “genetics” excuse, then you’re telling millions of people it doesn’t matter how much you exercise or how healthy you eat… your genetics is going to kill you anyway.

Either way you look at it… you’re dead.

This created a huge public relations nightmare for Bob Harper.

What do you do when you need a bunch of smoke and mirrors to get yourself out of trouble?

You go on the Dr. Oz show, of course.

Your Thyroid, Lipoprotein(a), and Dr. Oz

It’s the easiest way to get yourself out of trouble.

Blame the problem on something else that most people have never heard of.

So, last month Bob Harper appeared on the Dr. Oz show to reveal the new culprit behind his heart attack… lipoprotein(a).

You can see the clip here.

Yet, what’s even more important to understand is that just like elevated cholesterol…

…lipoprotein(a) levels are directly influenced by your thyroid function.

Effect of thyroid hormone replacement on lipoprotein(a), lipids, and apolipoproteins in subjects with hypothyroidism.

“RESULTS: After levothyroxine treatment, the mean concentration of thyrotropin decreased from 91.4 to 3.7 microIU/mL, and free thyroxine increased from 0.5 to 1.2 ng/ dL. Total cholesterol, triglycerides, HDL-C, low-density lipoprotein cholesterol, and apolipoprotein A-I and B-100 decreased after thyroid hormone replacement therapy. Lp(a) levels also decreased significantly (P<0.05) after treatment, from a mean of 33.4 to 25.6 mg/dL.”

Here’s another study that shows (just like cholesterol) that lipoprotein(a) levels are directly correlated to your thyroid stimulating hormone (TSH):

Relationship between Lipoprotein(a) and Thyroid Hormones in Hypothyroid Patients

As you might expect, high levels of lipoprotein(a) are also found in Hashimoto’s thyroiditis sufferers:

“In conclusion, our results in males and postmenopausal females with T-Abs and euthyroid show an association between thyroid autoimmunity and increased levels of Lp(a)”

I could go on, but I think you get the point.

And it has a lot to do with exercise.

The Truth – Over-Exercising and Your Thyroid

The truth is that too much exercise can kill you.

Yet, we live in a world where more is always better. So, people continue to kill themselves in the gym, wrongly believing they are healthier for it.

What’s important to understand is that exercise is a stress to your body.

And too much exercise can significantly impair your thyroid function.

As Dr. Raymond Peat explains… Exercise increases the rate at which your body breaks down thyroid hormone. So, your body compensates/adapts by slowing metabolism and assuming a hypothyroid state.

In other words, excessive exercise has the follow effects:

The more you over-exert yourself, the more you suppress your thyroid.

The more often you do it, the more hypothyroid you become.

The more hypothyroid you become, the more prone you are to dying from heart disease.

How much exercise is too much?

It largely depends on your current thyroid health.

For example, hypothyroid sufferers can’t store glycogen well in their livers and muscles.

So, it doesn’t take much exercise to push you over the edge.

But, there is something you can do about it.

There are ways to protect yourself from the stress of exercise and actually use it to benefit your thyroid health.

Click here to learn more about how to exercise safely with hypothyroidism.