3 Reasons Broccoli May Be Dangerous To Your Thyroid

Did you know that broccoli is a human invention?

In fact, many of the most common cruciferous vegetables that you eat today are all human inventions.

They were all derived from the same wild mustard plant.

All of these are the same exact species of plant that have been bred to promote different characteristics of the plant, such as larger flowers, leaves, etc. 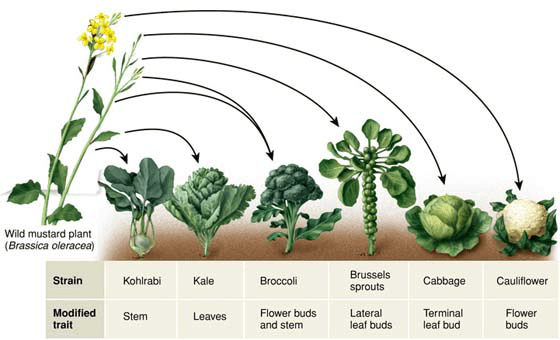 These man-made cruciferous vegetables are much larger today and not something that we would ever have naturally consumed in such large quantities.

Yet, today large quantities of these vegetables become a staple in our modern day diet.

And it’s the “more is better” approach that can get you in trouble.

Take water and oxygen for example.

Both are essential to life.

But both can be quite toxic and even deadly if you consume too much of either.

As they say… “It’s the dose that makes the poison.”

Broccoli and other cruciferous vegetables are no different.

They contain various plant toxins designed to poison the animals that try to eat them, including you.

One such way is through their toxic effects on your thyroid and their ability to block your Thyroid Hormone Pathway.

(NOTE: If you don’t know what I mean by Thyroid Hormone Pathway then stop now and read this article here.)

This is why eating too many cruciferous vegetables can be dangerous to your thyroid health.

So, before you cook up some broccoli with a side of kale for dinner tonight, let’s take a look at the three reasons why these cruciferous vegetables may be dangerous to your thyroid health.

1. Broccoli Can Inhibit Your Production of Thyroid Hormone

It’s well known that broccoli and other cruciferous vegetables can suppress thyroid function.

They do this by the plant toxins and goitrogens that are produced when you eat them.

These goitrogens and toxins include:

And they inhibit your production of thyroid hormone in two ways.

1. Isothiocyanates and Thiocyanates make it more difficult for your thyroid gland to absorb the iodine it needs to produce thyroid hormone.

In other words, they increase your need for iodine.

And without adequate iodine, you won’t be able to produce adequate thyroid hormone.

Because of this, they are more problematic in cases of true iodine deficiency.

And simply increasing iodine intake slightly is known to help offset the thyroid suppress effects of these goitrogens.

(Note: We do not recommend or advocate the use of iodine supplements that commonly lead to iodine toxicity and thyroid dysfunction as discussed here.)

But other goitrogens are not so easily remedied.

2. Oxazolidines and Thioureas directly block the production of thyroid hormone by your thyroid gland.

They do so by preventing iodine from being used in the process of producing thyroid hormone.

Because of this, it inhibits your ability to produce both T4 and T3 thyroid hormones.

And unfortunately in this case, no amount of iodine can help you.

These goitrogens are produced in smaller amounts compared to their counterparts.

So, eating cruciferous vegetables in small amounts infrequently is not likely to cause much harm.

But eating too many cruciferous vegetables too frequently can.

Yet, this isn’t the only way cruciferous vegetables pose a danger to your thyroid health. 2. Broccoli Can Block Your Thyroid Gland from Releasing Thyroid Hormone

Some of these goitrogens including Oxazolidines are also known to be dangerous to your thyroid health because they can block your thyroid gland from releasing thyroid hormone.

They do this by inhibiting the proteolytic enzymes that are necessary for the release of thyroid hormone into your bloodstream.

As a result, thyroid hormone levels in your bloodstream decline…

…making you even more hypothyroid.

And if that wasn’t bad enough…

3. Broccoli May Increase Your Risk of Thyroid Cancer

In well controlled animal studies, goitrogens are well known to cause thyroid cancer.

However, looking at human studies, the results are far more difficult to interpret because these studies are poorly controlled and subject to bias.

So, they are not entirely reliable and should be taken with a grain of salt.

For example, these human studies had no clear definition of what was considered a high intake of cruciferous vegetables.

In the only study that considered high intake to be more than one serving per day found a 56% increased risk of thyroid cancer.

…the common belief today is that these goitrogens are easily broken down by cooking the vegetables.

However, that’s not entirely true.

Steaming broccoli until fully cooked reduces the goitrogens to about 33%, which is still substantial.

You would need to boil broccoli for 30 minutes to reduce the goitrogens by 90%!

Have you seen broccoli after being boiled for 30 minutes?

And if you’re into fermenting your vegetables, fermenting broccoli and other cruciferous vegetables doesn’t reduce the goitrogens at all.

The latest news on cruciferous vegetables is that they are hypothesized to protect you against cancer.

This is one reason why people are eating more and more cruciferous vegetables today.

But remember, more is not always better.

And it may surprise you to learn that the cancer fighting chemicals derived from cruciferous vegetables are the same goitrogens that can be dangerous to your thyroid.

One of the effects these goitrogens that is being studied is their ability to act like a chemotherapy agent and kill cancer cells.

However, much like chemotherapy, healthy cells can also be killed in the process too.

And let’s not forget…

…while chemotherapy has been shown to be effective at killing cancer cells, it has also been shown to increase the recurrence of cancer too. 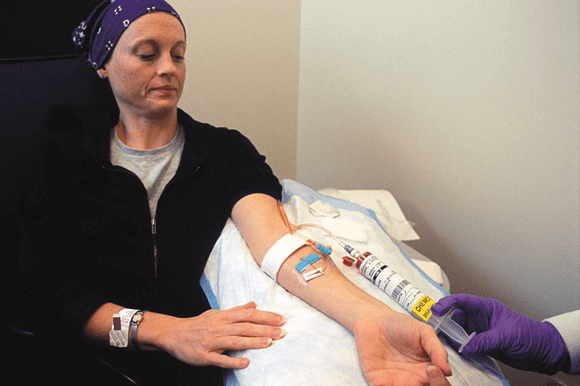 The cancer protective research is also rather inconclusive.

Some studies showed no effects at all.

There’s a definite lack of evidence to support this claim.

And there’s a definite lack of evidence that broccoli and cruciferous vegetables should be included in your diet.

For example, many of the native cultural groups that Dr. Weston A. Price studied ate little no green vegetables, let alone cruciferous vegetables.

And their incidence of cancer was extremely low.

So what have we learned?

Everything that we’ve looked at suggests that broccoli and cruciferous vegetables should not be eaten regularly and not in large amounts.

In small amounts, adequate dietary iodine can protect your thyroid from these goitrogens.

But in larger amounts, no amount of iodine can protect your thyroid.

So, how much is too much?

Unfortunately we don’t have a good answer for that yet.

And until we do, I recommend erring on the side of caution and keeping cruciferous vegetables a minimal part of your diet.