3 Dangers of Iodine Supplements for Hypothyroidism

Iodine therapy has become quite popular as a “potential” solution for hypothyroidism today.

Much of its popularity arises from its use in treating goiters centuries ago.

But today, could it be causing more harm than good?

It is well known that the thyroid gland requires iodine to produce thyroid hormone. But few people understand the potential dangers of iodine therapy and excessive iodine consumption.

Today, iodine deficiency is extremely rare even though it is still being touted as a major cause of hypothyroidism.

Because of the misleading idea of iodine deficiency, the market has become flooded with iodine supplements that claim to cure hypothyroidism, which in actuality pose a greater threat to your thyroid and health than you realize.

The FDA recommends 150 mcg (micrograms) of iodine daily for healthy thyroid function. This accounts for iodine in your food, as well as any additional supplementation.

As early as the 1970’s it was determined that people in the US were getting 10 times more iodine than they needed which grossly exceeds the recommended allowance.

With so much focus on iodine’s historical role in the treatment of goiters as well as the more recent discovery of its role in the production of thyroid hormone, very little, if any, attention has been placed on the dangers associated with iodine toxicity.

Because of this, most people are completely unaware that excess iodine is also a common cause of goiters, hypothyroidism, and thyroiditis today.

The use of iodine therapy for goiters had actually been documented for thousands of years prior to the discovery of the thyroid gland.

One of the first documented cases of goiter treatment goes as far back as 1600 B.C. (more than 3600 years ago) by the ancient Chinese.

At that time, what they only understood as a swollen neck was treated with the use of burnt sponge, which reduced the swelling.

The fact that burnt sponge was used as a treatment for goiter continually throughout history from 1600 B.C. through the 1800’s is a testament to its effectiveness.

However, the mechanism by which burnt sponge acted was entirely unknown throughout this entire period.

It wasn’t until 1820 that Dr. Jean François Condet discovered that iodine was the active ingredient in the burnt sponge remedy.

It was at this time that iodine therapy first became popular.

However, in 1820 as the use of supplemental iodine began, Condet also discovered the issue of iodine toxicity and attempted to warn people of the dangers.

History Repeats Itself – When Will We Learn From Our Mistakes? 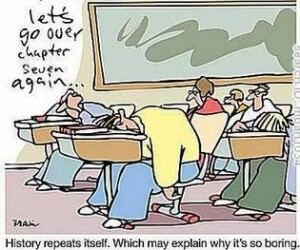 When I was young kid in school, I once questioned my history teacher as to the importance of studying history.

His answer, which suited me at the time, was that studying history was important so that we don’t make the same mistakes over again.

I suppose there is truth to this in theory but unfortunately, this is rarely the case in reality.

With Condet’s discovery in 1820, the iodine “fad” began. Iodine became readily available in supplemental form and its popularity rose dramatically. People even wore small containers of iodine around their necks so that it was conveniently available when they wanted it.

But the fad didn’t last because iodine quickly gained negative publicity from its over-use and the increased incidence of iodine toxicity.

But this wasn’t the end of the iodine fad…

In 1896 Eugen Baumann discovered that the thyroid gland was rich in iodine.

Shortly after this discovery, in 1910, iodine supplementation was back on the map as a very popular treatment for thyroid disorders.

Iodine Deficiency Is Not the Cause of Goiter or Hypothyroidism Today

It wasn’t until the major advancements in science in the 1940’s that scientists began to recognize that there were other factors involved in the process of hypothyroidism that iodine supplementation did not solve.

If iodine therapy was the end-all solution then it would be safe to say that the occurrence of hypothyroidism would have drastically decreased during this time.

The incidence of goiter may have decreased but this was also largely due to the development of modern industrialized farming practices and the introduction of iodine into the food supply.

However, the incidence of hypothyroidism was still quite prevalent.

As industrialized farming practices were improved, the majority of food was being grown in iodine rich soil and people began to consume more than enough iodine from the foods they ate.

At this point in time, it was understood that iodine deficiency alone, was not the cause of hypothyroidism or goiters.

As mentioned above, in the 1970’s it was found that people were getting as much as 10 times more iodine than they needed.

Scientists then began focusing on other causes such as anti-thyroid foods as well as other very interesting concepts.

One such theory was that the common day demands on the body had increased which in turn, increased the body’s need for MORE thyroid hormone. As a side note: This is an important subject that will be covered in more detail in the future.

Problems with Iodine Supplements for Hypothyroidism

We’ve already established that the recommended daily allowance of iodine is 150 micrograms.

Most of the popular iodine supplements today are recommending the use of 12.5 milligrams or more. That’s 83 times the recommended daily allowance.

This is a sure way to develop iodine toxicity, which is known to be quite dangerous to your thyroid!

There is quite a bit of research showing that excessive iodine greatly increases your risk of developing autoimmune thyroiditis.

Considering the prevalence of thyroiditis today, this is a topic that deserves far more attention than it currently gets.

Below are just a few of the many studies that have demonstrated this link:

Induction of autoimmune thyroiditis in chickens by dietary iodine

These results suggest that excessive consumption of iodine in the United States may be responsible for the increased incidence of autoimmune thyroiditis.

Animals with excess iodide intake, however, show an aggravation of the autoimmune inflammatory activity.

Danger #2 – Excessive Iodine Can Cause Hypothyroidism

Excessive iodine was once used to treat hyperthyroidism because of iodine’s ability to suppress thyroid function.

For many, this is a temporary effect that subsides after the source of excessive iodine is removed. However, there are many cases of iodine-induced hypothyroidism that continue long term.

WOLFF-CHAIKOFF’S EFFECT: The thyroid gland has a capacity to reduce thyroid hormone production in the presence of excess iodine by reducing the organification of the iodine.

Danger #3 – Excessive Iodine Can Cause Goiters 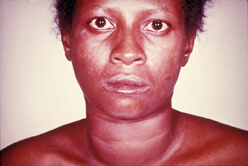 While many people are led to believe that iodine is the only way to treat hypothyroidism and goiters, most are unaware that excessive iodine can actually have the opposite effect and cause hypothyroidism as well as the formation of goiters.

There are a couple of common ways this occurs…

As you can see, there are some very serious dangers associated with the use of iodine therapy for hypothyroidism.

The bottom line is that today, we are posed with a far greater risk of developing iodine toxicity than we are of an iodine deficiency.

And instead of falling for the latest and greatest “fad” thyroid supplement, it’s important to understand what you are putting in your body and the potential negative effects it can have on your thyroid and your health.