Coffee and Cancer: The Truth You Can’t Deny

I’m not going to lie…

I used to hate coffee.

In fact, there really wasn’t anything I liked about it.

I disliked the taste…

I too was once brainwashed into believing that coffee was bad for my health.

And I couldn’t have been more wrong.

Yet, I completely understand why so many live in fear of it today.

If you’re not properly regulating your blood sugar, then you probably can’t…

…which means you’re missing out on the many health benefits it has to offer.

Like most things, it’s always easier to place the blame on coffee if you don’t do well with it.

But that’s like blaming your car for breaking down because YOU forgot to fill up the gas tank.

You wouldn’t blame your car for your own mistake, right?

Then you shouldn’t blame coffee either.

So why do I talk about coffee so much these days?

Maybe it’s my way of atoning for the years of false allegations.

Maybe it’s because of all the false allegations and misinformation that continue to circulate around the web today.

The truth is that coffee is far more protective than you probably realize.

(Note: Some of these thyroid protective effects of caffeine are covered in detail here.)

But it wasn’t until I was inspired by the work of Dr. Raymond Peat that I ever gave coffee another thought.

And I’m sure glad I did.

Years ago when I first started using coffee therapeutically with myself and then with my clients, I began to see some fairly impressive results.

The sheer fact that coffee alone has been shown to decrease mortality rates and increase longevity should be more than enough to convince most skeptics that there’s much more to coffee than meets the eye.

Aside from the mere fact that coffee will help you live longer, there have been a number of other studies showing the truly wide range of health benefits that coffee has to offer.

One such study was on caffeine and it’s effects on the most common type of cancer today.

Coffee’s Effects on The Most Common Cancer 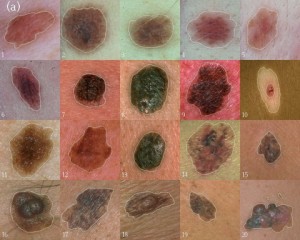 The most common cancer found today is a form of skin cancer called basal-cell carcinoma, affecting as many as 30% of people in their lifetime.

A study was published on the effects of caffeine on skin cancer where 112,897 people were followed over a 20 year period.

Over this period of time, 22,786 people were diagnosed with basal cell carcinoma.

“Our findings argue that caffeine intake in men and women is inversely associated with risk of BCC [Basal Cell Carcinoma].”

Caffeine intake was analyzed throughout this study with respect to diet including tea, cola, and chocolate which are also sources of dietary caffeine aside from coffee.

While these other sources of caffeine did help protect against this cancer, coffee proved to provide the most significant protection, likely because of the higher caffeine content as well as the additional nutrients and thyroid protective effects that coffee provides.

Sorry to be the bearer of bad news for all of the decaf drinkers out there, but decaf coffee did not provide the same protective benefits.

The results of this study were also backed by the results of mice studies which have demonstrated the same effects on skin cancer.

A recent study published in the Journal of the National Cancer Institute showed that coffee is also protective against malignant melanoma, the most deadly form of skin cancer.

Coffee drinking and cutaneous melanoma risk in the NIH-AARP diet and health study.

Similarly to the Basal Cell Carcinoma study… decaf coffee did not provide the same protective benefits.

When looking at coffee and cancer research, it’s worth noting that with most studies the more coffee or caffeine consumed provided the most benefit.

In the Basal Cell Carcinoma study, more than 3 cups of coffee per day provided the most protection.

In the Melanoma study, more than 4 cups of coffee per day were needed.

Even mortality studies have shown that your risk of death from all causes is reduced by 5% to 6% for every cup of coffee you drink daily… that’s every single cup without limit.

The Truth: Coffee is More Than Just a Food

If you believe that skin cancer is the only form of cancer that coffee helps to protect you against, then you would be greatly mistaken.

In the research world, caffeine is well known for it’s ability to kill cancer cells…

…which is why researchers continue to study it as a potential new cancer therapy.

And there are many other studies to date on caffeine, coffee and cancer.

Many of these studies have shown that coffee and caffeine can help protect against other very common forms of cancer including breast cancer, endometrial cancer, lung cancer, prostate cancer, and, colon cancer.

And it’s time we start seeing it for its true potential as an important nutrient that can help restore dysfunction and maintain the healthy function of the human body.

While coffee has numerous health benefits, it’s also important to use it correctly which most people do not.

Instead of just depending on coffee to help get you through your day, treat it like a therapeutic supplement.

(Note: Want to learn more about how to use coffee therapeutically, then download our FREE 3 Food Triple-Thyroid-Boosting Daily Protocol.)

A supplement is not designed to replace your diet.

A supplement is designed to “supplement” an already healthy diet.

As I’ve seen myself and with numerous clients, with the right diet coffee can provide some very impressive results including improvements in thyroid function.

So, what’s you’re favorite way to drink coffee? Let me know in the comment section below.