Why Candida-Diets Kill Your Thyroid (and Make Your Candida Worse)

This is Part 3 of a 3-part series on hypothyroidism and gut health:

After “Google-ing” your health problems for six straight hours you must have read at least 27 articles that all pointed to this “one” devastating condition.

Then, any doubt you might have had was just laid to rest after your diagnosis was confirmed by your produce stock-boy at your local Whole Foods market.

You must have Candida.

There’s no other possible explanation.

It’s the only known health condition that is responsible for causing every single symptom and disease known to man (and woman).

Do you crave sweets?

If you couldn’t detect the sarcasm up to this point, let me be frank…

We actually work with clients who do have Candida.

But it’s not quite as common as you might think.

Candida has become quite the catch-all diagnosis for just about every single symptom today.

The truth is that we all have Candida.

It’s a natural part of our digestive eco-system.

So you can’t kill it and get rid of it forever.

Candida is an opportunistic organism that only becomes a problem when it has the opportunity to overgrow and work its way up your digestive tract where it doesn’t belong.

Yet, what you might not know is that Candida overgrowth has a lot to do with your thyroid health.

Whether you suffer from Candida overgrowth in your intestines, or recurring yeast infections, everything here applies 100%.

That’s right, hypothyroidism and Candida overgrowth go hand in hand, which I’ll show you in just a second.

I’ll also show you some simple ways to help fix your Candida overgrowth and prevent it from coming back by fixing the underlying cause of the problem.

(Hint: this doesn’t involve starving Candida which will only make it worse.)

But first, let’s get one thing straight.

Hypothyroidism Is the Most Common Cause of Candida (Not Sugar)

Much of what you’ve likely been told about Candida is dead wrong.

For example… sugar doesn’t cause Candida overgrowth any more than it causes Diabetes, which is another myth we’ve busted in this article here.

Candida overgrowth is actually caused by hypothyroidism, estrogen dominance, excess cortisol and their effects on your immune system.

You might have heard that 80% of your immune system exists within your gut.

This is because your gut lining produces immune antibodies called secretory IgA which act as a barrier to keep pathogens, bacteria, and Candida from invading your cells. 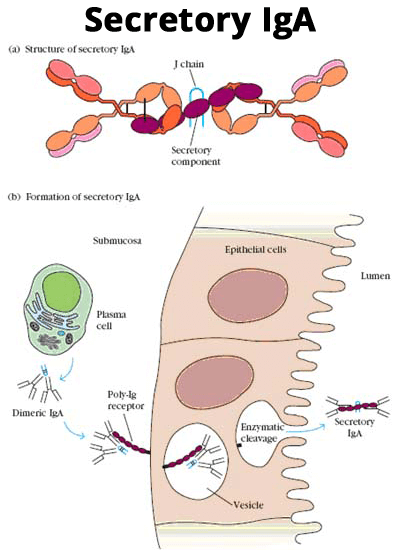 So, anything that impairs your ability to produce secretory IgA makes you far more susceptible to Candida overgrowth.

(Note: How this occurs is covered in detail in this article “How to Heal Your Thyroid By Healing Your Liver”.)

And these two hormones that are overproduced during hypothyroidism are well known for directly inhibiting secretory IgA production and lowering your resistance to Candida.

The effects of estrogen dominance have been largely demonstrated through research.

There have been many studies that have looked at the effects of Candida on vaginal epithelial cells under the influence of estrogen.

What these studies have shown is that when estrogen is not present, cells have a natural immunity or resistance to Candida.

When estrogen was introduced, the Candida adhered aggressively and became invasive to the cells.

One study in particular showed that introducing estrogen resulted in the Candida being 8.6 times more invasive.

But it’s cortisol’s effect on your white blood cells that can make Candida deadly, which I’ll show you in a second.

First, it’s important to understand why Candida diets are so harmful to your thyroid health.

The general idea behind most common Candida diets is that in order to kill the Candida, you have to starve it.

And if Candida feeds on certain forms of sugar and carbohydrates, then cutting carbohydrates out of your diet will do the trick.

However, what you probably don’t realize is that by doing this… you’re not actually killing the Candida as much as you are killing your thyroid.

It’s well known that restricting carbohydrates in your diet is dangerous to your thyroid health.

(Note: This is covered in more detail in this article “Stop Eating Low-Carb (If You Care About Your Thyroid)”.)

This is so well known and researched that it’s discussed in most physiology textbooks.

Without adequate carbohydrates in your diet bad things happen including…

And as we’ve already discussed, estrogen and cortisol are the two primary factors that make you susceptible to Candida to begin with.

In other words, restricting carbohydrates and starving your Candida only…

But that’s not even the worst of it.

Back in the 1940s a microbiologist by the name of René Dubos showed that if you starve yeast cells, they become more aggressive and invasive by sending out pseudohyphae (long branches of growth) that sink into the intestinal wall looking for food. 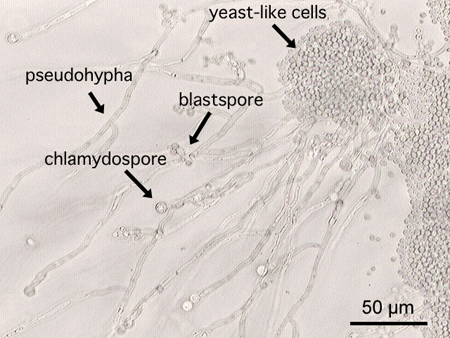 This is how it works its way up your digestive tract and becomes problematic.

And if Candida penetrates the intestinal wall and enters the bloodstream, it becomes increasingly more dangerous.

As Dr. Raymond Peat has pointed out, once Candida enters the bloodstream, it must be quickly killed by white blood cells. Otherwise, it can spread quickly within the body and become deadly.

And both excess cortisol and hypothyroidism are known to lower white blood cell production.

While death from Candida is actually very rare, it is possible in severely immune compromised people.

As you can see, restricting carbohydrates and trying to starve Candida only further contributes to the underlying problem and makes it worse in the long run.

If you’ve ever tried one of these diets you might have felt better initially.

This is most often due to the initial surge or overproduction of excitatory stress hormones that occur when restricting carbohydrates.

But because you need thyroid hormone (T3) to produce these stress hormones, this feeling eventually fades and you’re no longer able to produce them in sufficient amounts.

So, instead of starving your Candida, here are some actual ways to help correct the underlying cause of the problem.

3 Simple Ways to Correct Candida Without Killing Your Thyroid

As mentioned, Candida oftentimes becomes a problem when it becomes invasive and works its way up your digestive tract.

This is where carrots can have an immediate positive impact.

A carrot itself has antimicrobial properties that can help push Candida further down the digestive tract where it belongs.

(Note: for best results, we recommend using Dr. Peat’s carrot salad recipe, which you can find in this article “How to Boost Your Thyroid in 60-Seconds with a Carrot”).

Your inability to balance your blood sugar plays a major role in triggering the over-production of cortisol that lowers your immunity to Candida.

Using more fruit in your diet and more frequently is an easy way to lower cortisol and boost your immunity.

But there are many things that can also help along the way.

Thyroid, progesterone, and vitamin A are all well known to boost immunity by increasing secretory IgA.

So there you have it.

As mentioned previously, we have worked with a number of clients with more severe Candida overgrowth.

Although it’s not as common as you might think, we have had great success using our protocol.

So, before you jump back on the Candida diet bandwagon, I strongly encourage you to take a better, safer, and far more effective approach like I just mentioned…

…one that doesn’t involve restricting carbohydrates and killing your thyroid in the process.

Healing your thyroid involves using the right carbs and learning how to balance them properly.

You’ll learn about one of the most beneficial carbohydrates that you can use to help heal your thyroid when you download the 3 Food Triple-Thyroid-Boosting Daily Protocol. This daily protocol will show you a very different side to your hypothyroidism. It’s based on real science (not modern day myths)… It’s been tested with real hypothyroidism sufferers… and it simply works.

The 3 Food Triple-Thyroid-Boosting Daily Protocol is all about taking the first step to overcoming your hypothyroidism by fixing some of the hidden underlying issues that are holding your thyroid hostage.

If that sounds like what you need, then just download the protocol and use it for yourself.

© 2023 Forefront Health. | Terms & Conditions | Privacy Policy | These statements have not been evaluated by the Food and Drug Administration. This product is not intended to diagnose, treat, cure, or prevent any disease. Forefront Health does not provide medical advice, diagnosis, or treatment.